Beautiful light on the way to work this morning

The office I work in is located on the outskirts of a picture postcard village in rural #Hampshire, and the route I drive every morning to get there takes me through some lovely countryside. This morning, was one of those mornings when everything just fell into place...my wife was taking the kids to nursery and school, I managed to leave the house a bit earlier than I have been able to lately...and the sun was just peeping over the horizon and it was looking like a truly beautiful morning.

I drive past this #vineyard every day on my way to work but I have never stopped to photograph it as I have either not had my camera with me, or I've been rushing in to the office for some meeting or other. This morning was different however.

When I am able to take a peep over the hedge while driving along the road beside this field I obviously realise that it is a vineyard, but I was pleasantly surprised at how big it actually is. I think I may be stopping here a few more times to try and capture it at different times throughout the seasons.

This image is for #sale as a #canvas print on my website: www.kevinbrownephotography.com 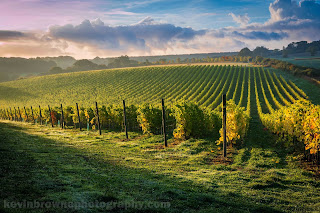 Thank you for looking.

How can I follow other blogs from my own blog?

If anyone can tell me how to follow and link to other blogs from my own Blogger blog I'd be very grateful!
Posted by Unknown at 23:12 No comments:

Well, that's another order for a canvas print received today :-)

Only a few more thousand of those each week and I'll be able to give up the day job.

#canvas #photography #landscape #customers
Posted by Unknown at 12:12 No comments:

It all turned out nice in the end

Yesterday morning, Sunday, when it was my turn for a lie-in I was up at 5am getting ready to head out to the New Forest with Mark Linton. Our aim was to try and get some sunrise shots through the trees on Ornamental Drive near Rhinefield House Hotel, and then hunt for some visually interesting funghi to shoot.
As it happens sunrise was a pipe-dream as we had some of the heaviest rain I had seen in a while. In fact, while we were in the forest a mini tornado caused a fair bit of damage on Hayling Island, which is only about 20 miles away from where we were. It was windy with us, but not that windy! Anyway, you get the idea that it wasn't a lovely morning!

After a conversation which included the option of just giving up and going home we decided to head to the Boldrewood area and look for mushrooms. Donning our wet weather gear we headed off into the trees and looked for areas where there would be some fallen trees and branches which mushrooms tend to grow near to. We found a nice little opening which had some very interesting mushrooms (to my VERY untrained eye).

This is where the buil-in WiFi capability on my Canon70D came into its own. I was able to set my camera up slung underneath my tripod and control it directly from my iPhone. It meant I didn't have to get down and dirty in the mud :-). It did present some different challenges though. Namely trying to compose the shot while looking at the screen of my phone and moving the tripod very gently and slowly until I was happy. I was doing #macro shots of the mushrooms so I ended up crouching over the camera to manually change the focus so I could then stack multiple images together when I got back home.

All-in-all I was very pleased with the outing. It was nice to get out into the #NewForest so early in the morning, the rain eventually stopped...and we saw two beautiful deer jumping through the trees, with full heads of antlers. We weren't able to get our cameras in time to take any pictures of them, but they were a beautiful site.

I'll be posting the #funghi images online in the next couple of days.

The things we do

Alarm went off at 05:15, so I could head off into the New Forest to catch sunrise and then hunt aroun for some decent mushrooms to photograph...in what is forecast to be heavy rain.

Remind me again why I do this?!?

It may have taken a while but I've finally hit 100 likes on my Facebook photography page. Phew :-)
I hope it's a bit quicker to 200:
www.facebook.com/KevinBrownePhotography
Don't forget my website is at:
www.kevinbrownephotography.com
Posted by Unknown at 20:24 No comments:

I had obviously taken photos of the moon with my old camera (a Canon 100D), but I wanted to see what the resolution difference would be with my new camera (Canon 70D) and the same lens, a Tamron 70-300mm. The answer...considerable :-) 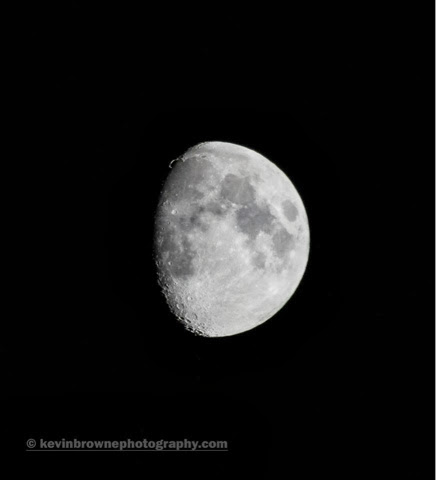 I've done some macro shots lately using my Tamron 70-300mm which only has limited macro capability between 180-300mm. While it does the job, to a degree, I'd still love a dedicated macro lens. However, I must resist the temptation to buy one. Having recently bought a campervan and a new camera body I must save the pennies to pay for more urgent stuff...like major structural work on my house.
If anyone would like to donate a good quality macro lens, that would be a different matter :-)
Posted by Unknown at 14:41 No comments:

This was supposed to be the Milky Way! Pah!
To the naked eye it was very dark in the grounds of our holiday hotel in Menorca, but as the theme that week was "31 Seconds" it shows that there was a lot more ambient light around when the shutter was left open for so long. Yep, you're right...it's a rubbish photo. 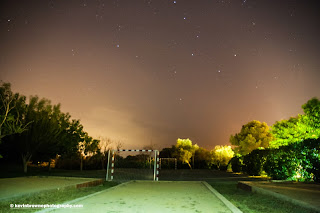 This one means that I am now 10 shots behind on the Project52. I've actually got 5 more photos already done, so I'll upload them over the next day or two.

Don't forget to have a look at my website:
www.kevinbrownephotography.com

Catching up on my Project52 (I'm a little behind)

When I started my Project52 (one photo per week on a specified subject) I stuck to it religiously and didn't miss an upload date. But then I went away on holiday for two weeks to Menorca in August and obviously couldn't upload anything from there. So that meant I was two weeks behind. But then I got back to work and it seemed that the whole world had gone crazy and I didn't get 5 minutes to myself for weeks on end.

It's still just as crazy at work, but I'm now about 11 weeks behind on the Project52. I know you are supposed to take the photo in the actual week that the theme was set for, but rules are there to be broken sometimes so I'm now playing catch-up.

This photo is for Week 30, when the theme was Texture. My 3 year old son found this shell on the beach at Milford-On-Sea in Hampshire and handed it to my wife, saying "Pretty shell for you Mummy". It now has its own display area on the dashboard of our campervan.

I hope to catch up completely with the rest of the outstanding themes over the next few weeks, so keep an eye out. I may even put a dedicated page on my website (www.kevinbrownephotography.com) for the project photos. 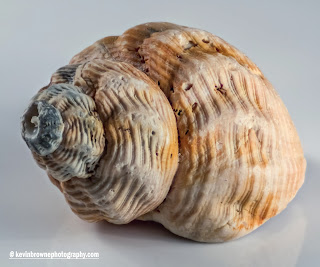 I'm feeling quite nervous about this, but I've finally pressed the "Publish" button on my website.
So that's it, it's now live and open for business.
I really hope everyone likes my images and signs up to this blog as it would be good to get feedback and conversations going.

Keep watching this space :-)
Posted by Unknown at 16:32 No comments:

I ordered the new Canon 70D on Monday from HDEW Cameras and it arrived today, Thursday.
The battery is charging and I can't wait to get started with it. Why does it take sooo long to charge a battery! :-) 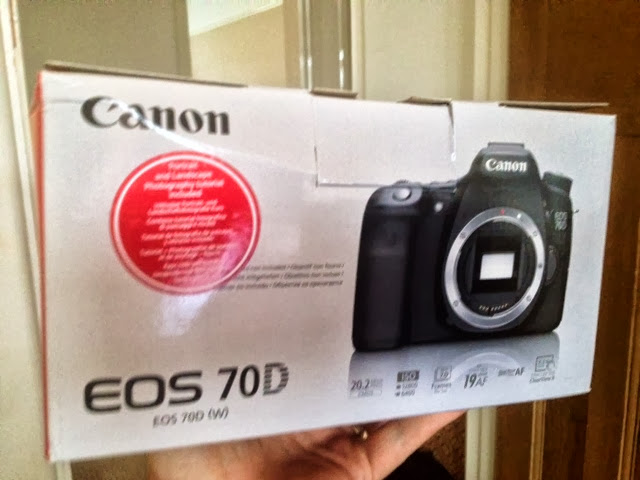 Ok, so I've been REALLY busy at work over the last few weeks trying to get a new project off the ground and running, so I've been very tardy about updating my website and this blog, but things are beginning to calm down at work now (I hope) so I will be able to get the website (www.kevinbrownephotography.com) finished and officially launched very soon.

Some positive news - I've just ordered a new camera, a Canon 70D. I'm really looking forward to it arriving so I can have a play and start uploading images from it.

Keep watching this space :-)
Posted by Unknown at 11:18 No comments: