Those that love landscape photography know that it really is a game of hit and miss. That you really have to persevere to get that killer shot you've been after for a while. It can take many attempts to get the right circumstances to come together.

The current score is Corfe Castle: 3 Me:0.

If you're wondering what I'm talking about, it is the running total in the number of times I have tried to photograph the world famous Corfe Castle at sunrise with some mist surrounding it. Ok, so I have failed to capture the mist in the three attempts I have made to get there. It's only three attempts. I know guys who've been trying for years to get that iconic shot of this location, so I know I'll be back there a lot more times before I get on the scoreboard. Keep going, keep going, keep going.

Myself and my friend Mark, from Twiglet Images, left my house in Southampton at 3:45am to get to Corfe Castle in plenty of time for sunrise. We arrived there just after 5am, which meant we had over an hour before the sun would break over the horizon. When we arrived we were greeted with the usual scenario...no mist, so we were toying with the idea of setting up our gear to capture some star trails instead, but there were only small gaps in the clouds where stars could be seen. Then we decided to head to Kimmeridge Bay to see what we could capture there. Although the sky was cloudy it wasn't a total blanket, there were pockets of light beginning to seep through, so we thought that would produce some nice colour when the sun rose.

Hmmm, that was the thought process anyway. One incy wincy flaw in our plan was that we hadn't checked the tide timetable. It was high tide at Kimmeridge Bay. Kimmeridge is basically a rock ledge that slopes very gently out to sea, so when it is high tide the water comes all the way up to the cliffs at the back of the beach, there is no way to walk along the beach when it's like this. And I wasn't going to risk losing my camera gear to the sea.

So, back-up plan C came into force. We agreed to head to Old Harry Rocks near Studland Bay instead. The time was now about 5:40am, and it was a 6 or 7 mile drive there from Kimmeridge, plus we would need to walk about a mile from where the car would be parked to get to the rocks. That was cutting it far too fine to be able to get there in time, and set up our gear for sunrise. So, what do you think we did? Yep, we went back to Corfe Castle.

We were hoping that those gaps in the clouds would be kind to us and allow some lovely colours to shine through when the sun finally rose. It didn't quite work out that way. Some heavier cloud banks drifted across very slowly so we didn't see anything apart from a small area of colour off to the right. However, as we were already there, and I'm always of the belief that you make the most of any situation I changed my composition and set up to try and get a moody atmosphere coming across in my shots. I think that worked. Have a look at the image below, or on my Facebook page.

I have an idea to convert this to black and white and can see it in my mind as a dark and foreboding image, with the clouds really looking menacing. I'll work on that and post it here soon.

And I always welcome comments.

I was driving home from work this evening and noticed a slight mist in the air. It was so faint you could almost not notice it. There were no clouds in the sky, and the sun was falling fast towards his bed. This combination made for some beautiful light, so I knew exactly where I should pull my car over and capture the light.

Just as I was setting up my gear, I could hear a dog barking and noticed a couple walking towards me with two dogs. The dogs were Beagles, and one of them sounded like it wanted to rip my head off. Now, I'm not afraid of dogs and when they came closer I simply smiled and said hello. When the barky dog got closer she came up to inspect me and have a sniff. She then put one paw on my camera bag and one on my knee and wanted a cuddle. She was gorgeous :-)

As usual this image is available as a print from my website: www.kevinbrownephotography.com 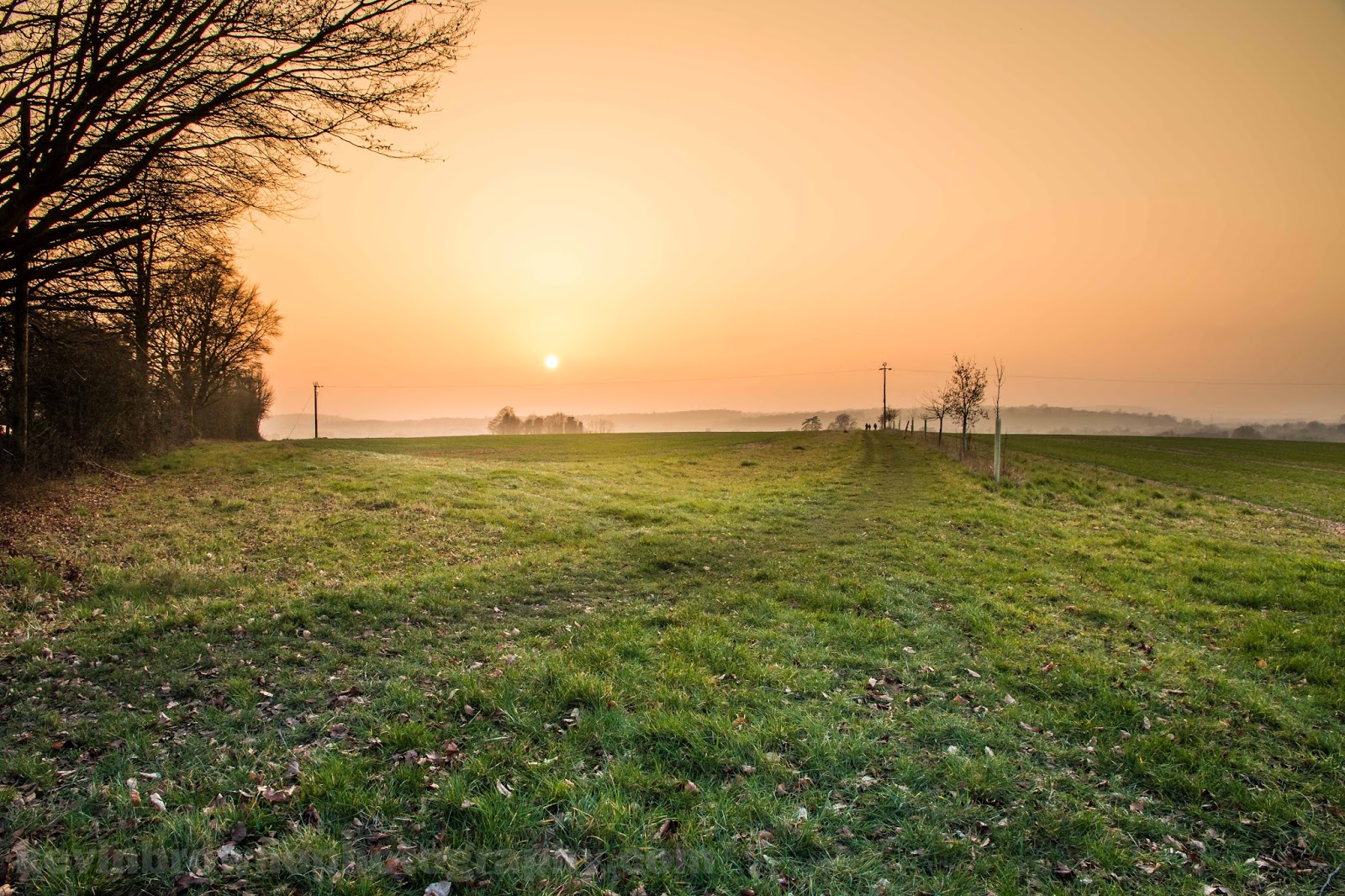 I hope you like it. I'd love to hear your comments.

Indoor photography to the rescue

This weekend just gone I was supposed to head down to Durdle Door in Dorset for a sunrise shoot with a friend. However, late on Friday afternoon he messaged me to tell me he was having car trouble so wouldn't be able to make it. Although I was really looking forward to being out and about with my camera again, as it has been weeks, I also thought it would be good to stay at home and get a few things sorted in the house.


The flowers in the bouquet are red roses and pink lillies. The roses are already open of course, but the lillies are still closed, so I'll have to wait for some nice shots of the lillies.

This shot (see it on my website here) was taken with a Canon 70D, a Sigma 105mm f/2.8 macro and a reflector to make the most of the natural light. 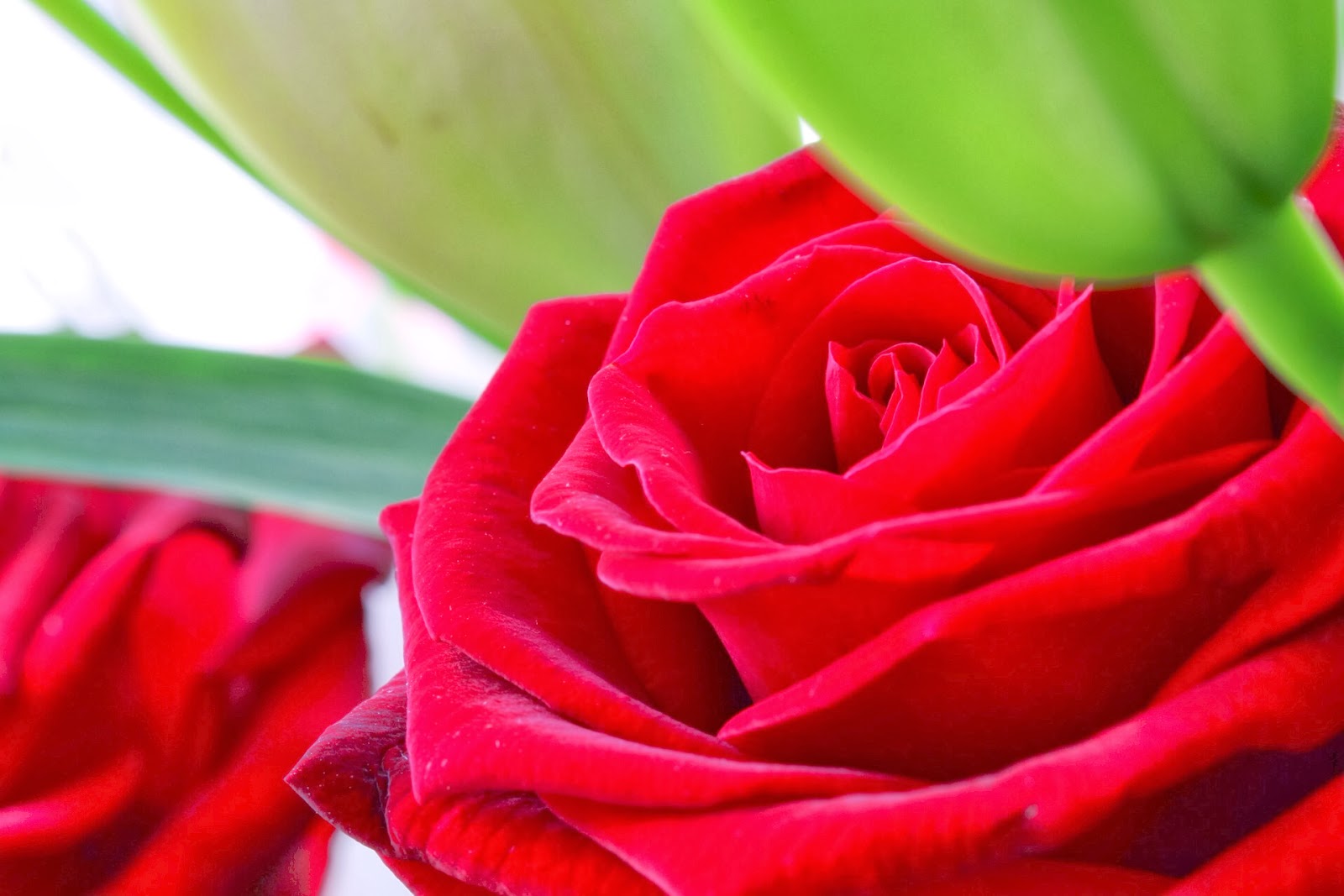 I'm looking forward to being able to get some shots of the lilles, as I love their intricate structures.

If you have any comments about this, I'd love to hear them.